Referred by your employer? Learn More

On meeting the client, the objectives were to focus on her career development. A senior professional standing on the crossroads looking at her career trajectory unsure of the future but also doubting her own ability to do a good job. She suggested that she was “stuck” but also lacking in confidence in her own ability.  She felt unsure if she was able or capable of taking the next step and alongside some personal health issues, she was feeling very low.

Next logical step is to consolidate her career following a promotion last year but in line with plans to move forward, understand her skill set and to optimise her performance. She is very conscious that she exerts a lot of pressure on herself and whilst she is passionate about what she does, she becomes emotionally attached resulting in her working long hours which has a knock-on effect with her personal life. She gets tired which affects both her physical and emotional wellbeing.

What did we do to help?

Channelling the career thoughts into some structure started with a review of skills. As she struggled to see she was good at anything and was questioning her ability. We explored her past achievements that indicated she was actually very good at what she did, resulting in a promotion last year.

As an action, I suggested she asked some of her trusted colleagues what they thought her top 3 skills are and what they admired about her. The idea was both appealing and frightening. She receives very little formal feedback from her boss to suggest she was doing a good job, which had led to an inertia about her role. By receiving feedback, she was able to identify both a pattern of skills and some positive affirmation about herself that she could use to remind herself and to regain an optimistic perspective.

The issue of confidence was around the fear of failure and of being incompetent. This however had never been the case but was being carried around like a heavy burden of negativity.  It appeared that she had got stuck, ruminating and over thinking things. At this point our thoughts become unhelpful and we need to stand back and observe what is really going on and what we need to change and reframe.

The more she worked to prove herself, the more tired she became and the less she focused on her self-care.

In order to tackle this, I felt we should focus on the self-care issue first in order to reenergise her. Energy being a proxy for resilience and therefore I suspected her resilient mind was destabilised by her lack of perspective.

As an action, we created a list of tip 10 self-care tips that were achievable and they included being outside in nature, committing to yoga and taking time away from her phone all of which provided a source of energy, gave her time to think about herself in turn to take conscious steps to calm her busy life and regain the balance. A second tool used was to focus on the Wheel of Life which again highlighted the lack of balance in her personal life / fun / recreation / family time verses the career. A visual diagram such as this often helps to make things very clear as to what aspects in life need more investment in order to replenish our energy.

After focusing on redressing the balance in her life, it enabled her to gain greater perspective and strengthen her resilience.

By thinking about her skill set and receiving feedback from trusted colleagues, she recognised that she clearly is good at her job by challenging her beliefs to suggest otherwise whilst recognising she is not only good at her job but passionate about what she does which in turn gives her energy. She understands her purpose and her motivation is linked to doing a great job, but also to add value and be seen as an expert in her field which alleviates some of the pressure and self-doubt that creates unhelpful thoughts such as “am I really any good at this?”. This technique helps to reframe unhelpful underlying beliefs about our ability and to focus on the positive.

The inner critic that was also holding her back in the form of self-sabotage is a challenge by the external evidence that what she is thinking is simply not true. It is helpful to use some Cognitive Behavioural therapy to increase awareness and to adjust our responses and challenge our internal belief systems. Often when we reframe our beliefs, we realise that our emotional reactions are undermining our resilience.

After working on redressing the balance and focusing on activities to provide more energy, we were able to get some perspective about her future career aspirations. Playing firmly to her strengths and outsourcing her weakness in order to optimise her performance. A further tool used at this point was Strengths Profile to affirm her skill set and the things that also motivate and energise.

Changing the perspective to be more positive, visualising a successful career trajectory makes it easier to plan. We therefore worked on setting goals that moved her forward and identified learning opportunities. Learning is also a critical feature of a resilient person.

We created schedules of manageable activities and put in place a realistic and achievable plan. 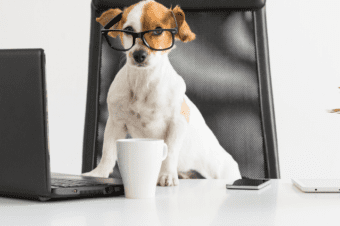 Is this the end of office life as we know it? 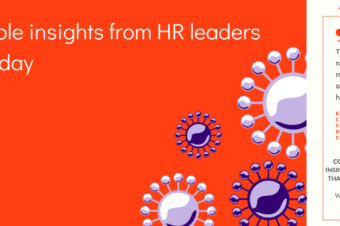 COVID-19: Actionable insights from HR leaders that you can use today 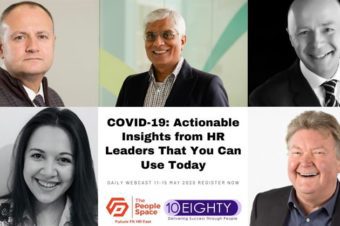 Surviving & Thriving during the challenges of COVID-19 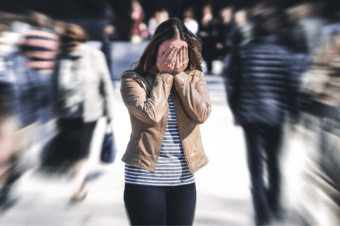 Recognising stress in others